Dark Age  really catch my eye, and I always want to do a Anglo-Saxon army.

Until recently this was not possible because:

And then it came… SÁÁÁÁÁÁÁÁÁGAAA!

SAGA is a historical miniatures game produced by Gripping Beast and written by Tomahawk Studios wherein you play one of the various factions questing for glory and conquest in Dark Ages Britain: Vikings, Anglo-Danes, Normans, and Welsh. They’ve published two supplements:

Inspired by the Saxon Stories of  Bernard Cornwell, where Uhtred, known as born in Northumbria, but captured and adopted by the Danes,  and later Shield of Wessex and Sword of West-Saxons, protecting the Saxon Kingdoms against the Danish invasion, I decided to invest in a small Anglo-Saxon Saga Warband.

Pick up the GP Anglo Saxon 4pts starter set, a GP plastic box of Saxon Thegn and a couple of Westwind Productions archers and Saxon Command…and where we got! A small Saga Warband…

… 2 pts of Hearthguard, 6 pts of Warriors and 3 pts of Levy! Of course the Westwind Productions blister give me a Uhtherd Warlord and  the plastics thegns box was used to build Ælfrēd, King of Wessex!

…this was supposed to be a small army! What the **** did happen here??…hum…I need some mounted Heartguard and Warlord…

Sorry for my lake of painting skills and photography! 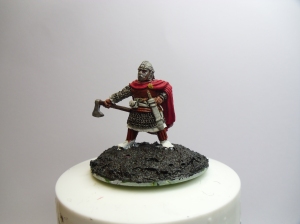 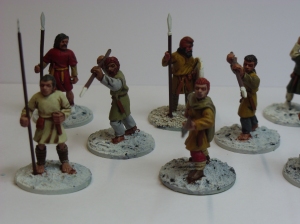 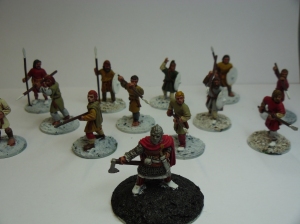 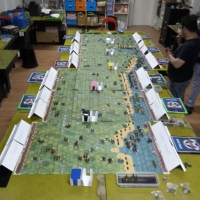 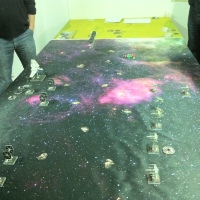